Is your dog a challenge?

When we have a challenging or reactive dog, our confidence can be severely damaged. Everything we thought we knew about living and working with dogs is shaken. Our dog may be frightened or frustrated or frantic - and over time this rubs off on us. As we try to deal with their anxieties, we can lose our own confidence and very soon we feel unable to cope.

If this is you, you are not alone. It is very common to feel isolated as we struggle with our dog's behaviour. But it doesn't have to be that way.

The Canine Confidence Club can help you to learn how to increase your own confidence in handling and working with your dog, how to boost your dog's confidence in dealing with everything they come across and how to strengthen your confidence together as an unbreakable partnership, ready to face the world. 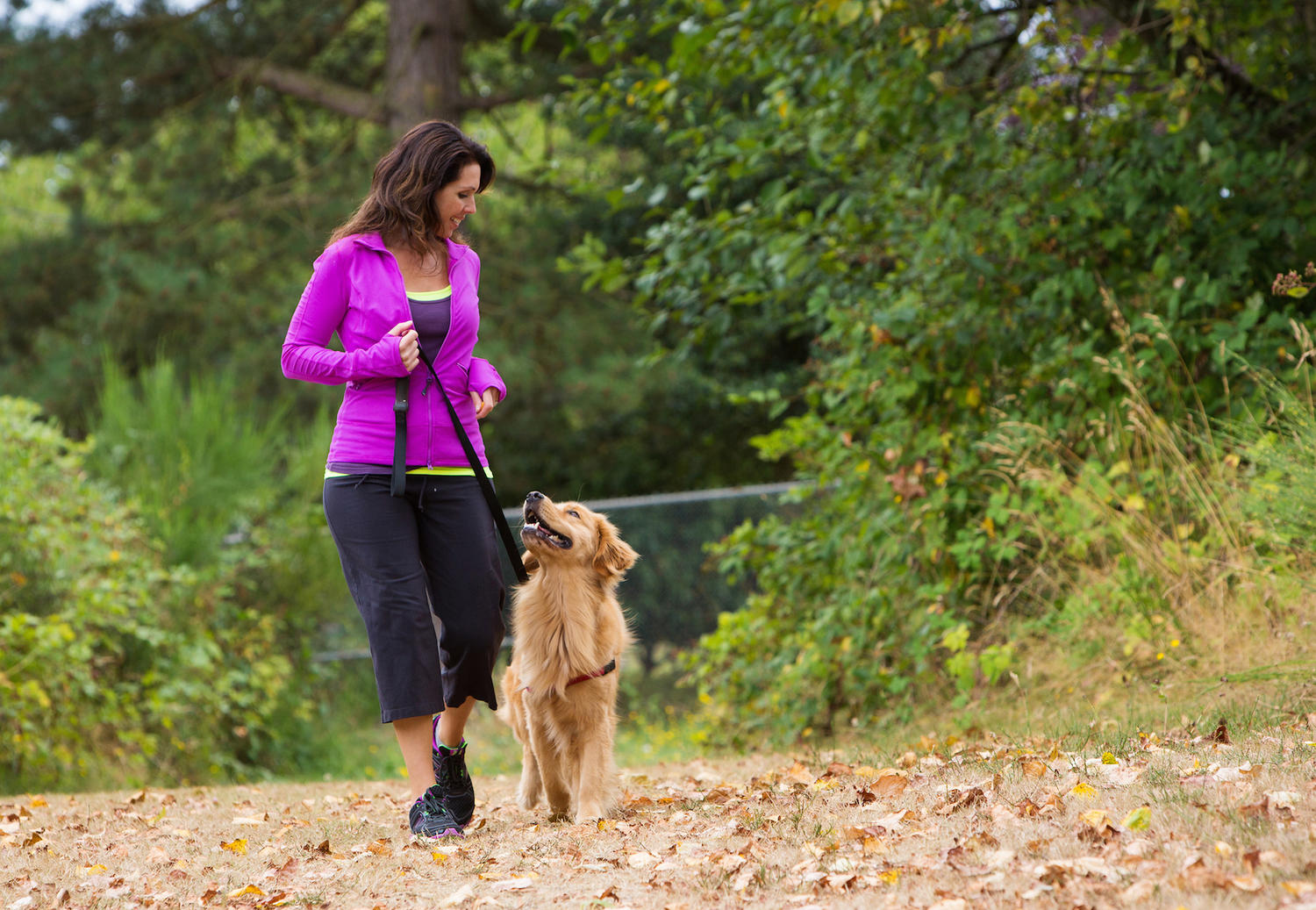 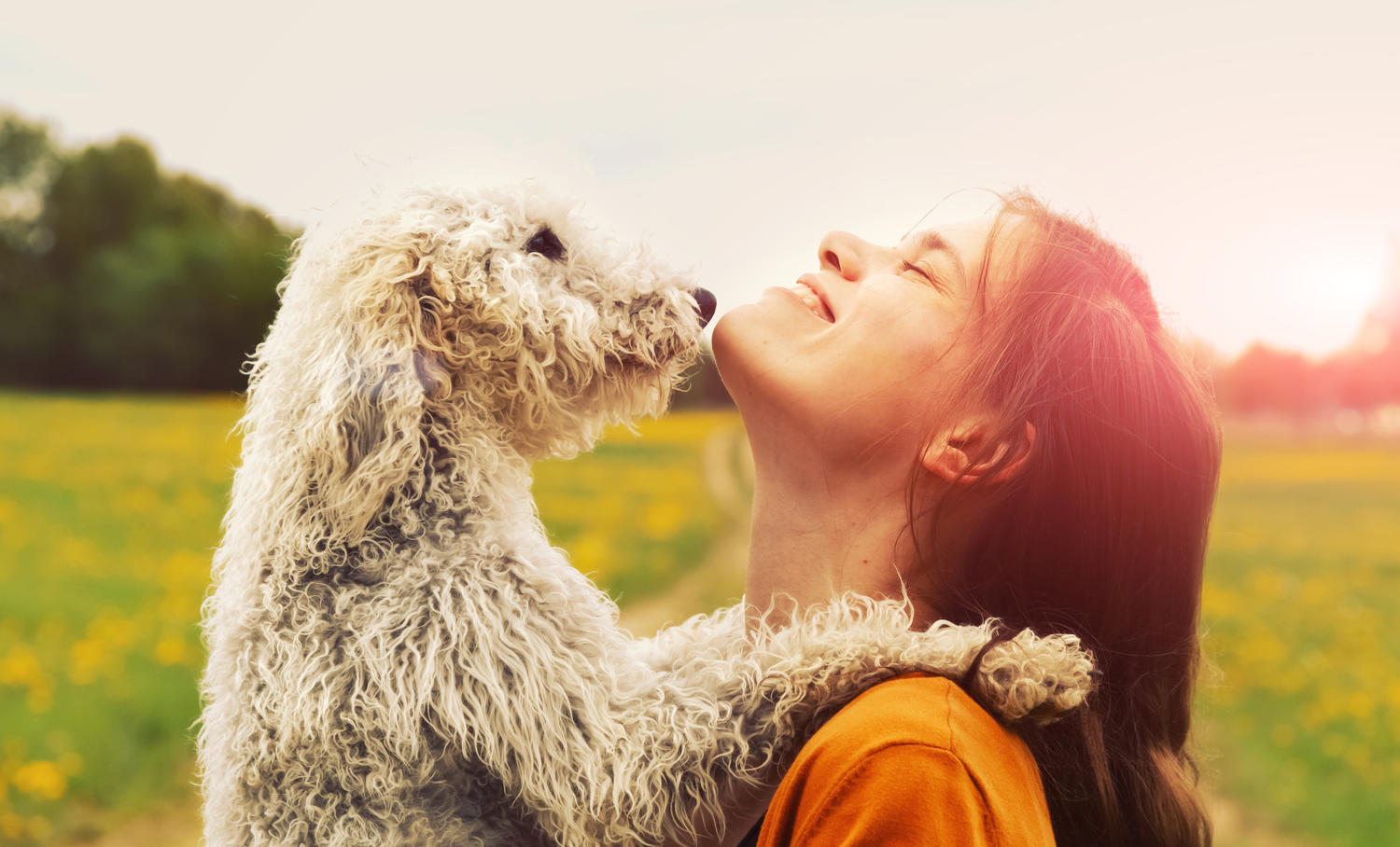 Reactivity is not just a training issue and it is not just a dog issue. Reactivity affects our own well being as well as that of our dog. It needs to be addressed physically and emotionally as well as behaviourally - and at BOTH ends of the lead.

In the Canine Confidence Club we draw on TTouch, positive dog training, human coaching and a wealth of recent research into approaches to handling stress, to give you effective, practical and innovative holistic solutions.

What will I learn? 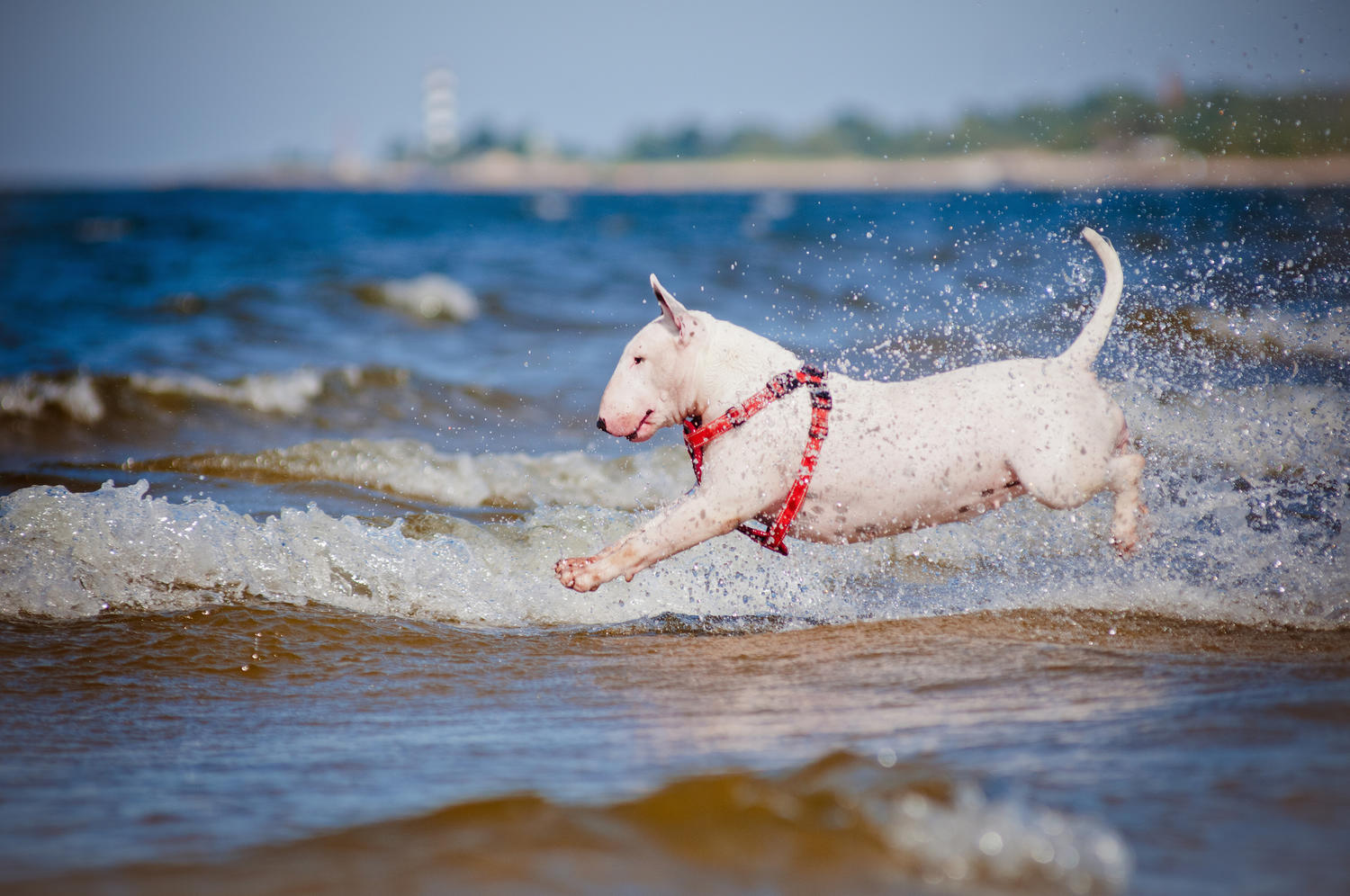 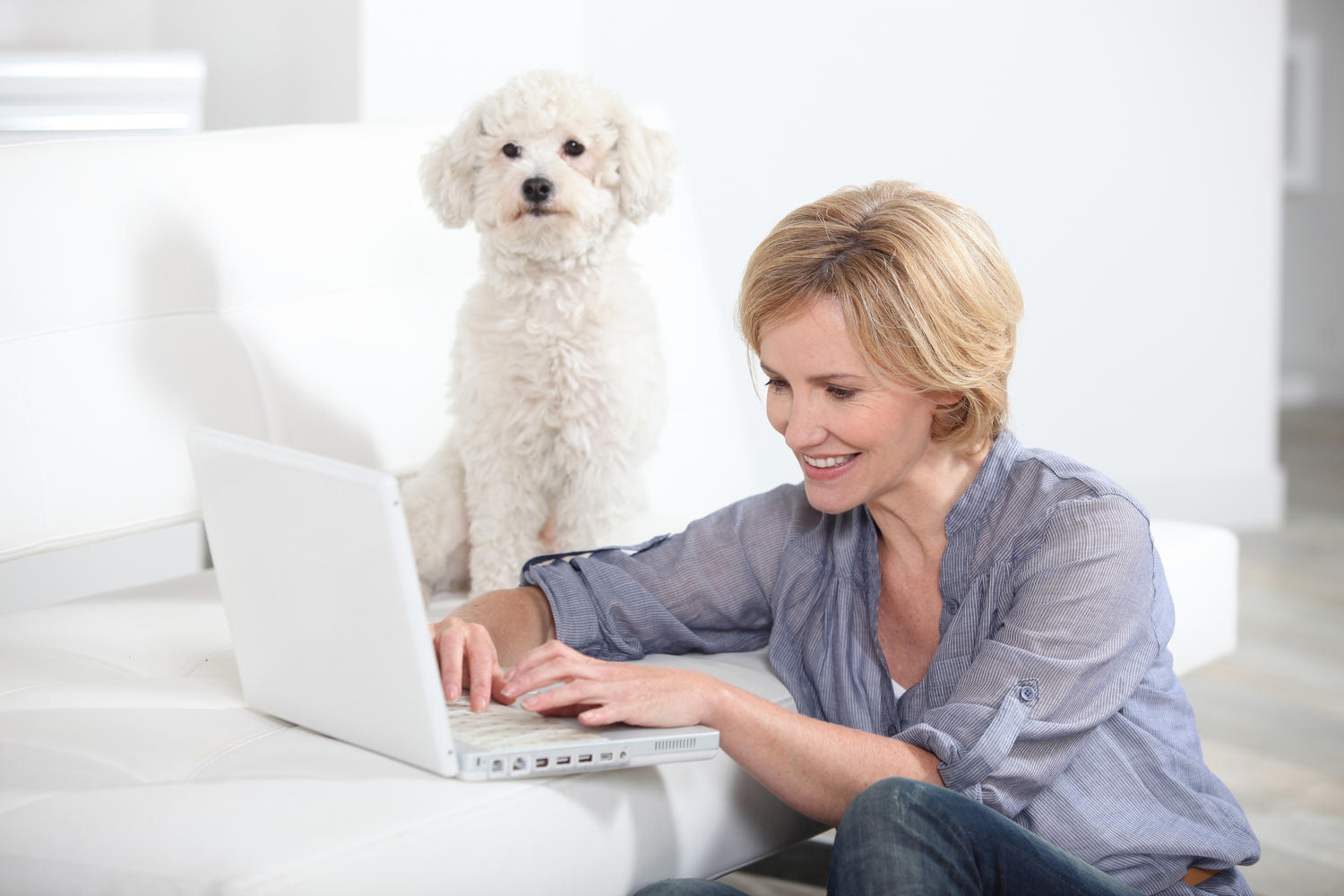 Am I working on my own?

No! The courses are awesome and you can choose to work on what you like at your own pace but the thing that makes the Canine Confidence Club so valuable is the Coaching and Community support you receive.

There are fortnightly Live Coaching Sessions with Janet plus a 24/7 Community Forum for support, feedback and accountability.

Join in Challenges to progress your training, get feedback on your activities, share successes with like-minded people, who will be your allies and cheer you on and listen when you need to vent!

So what do I get as a Club member?

Club content is growing all the time but you'll get at least: 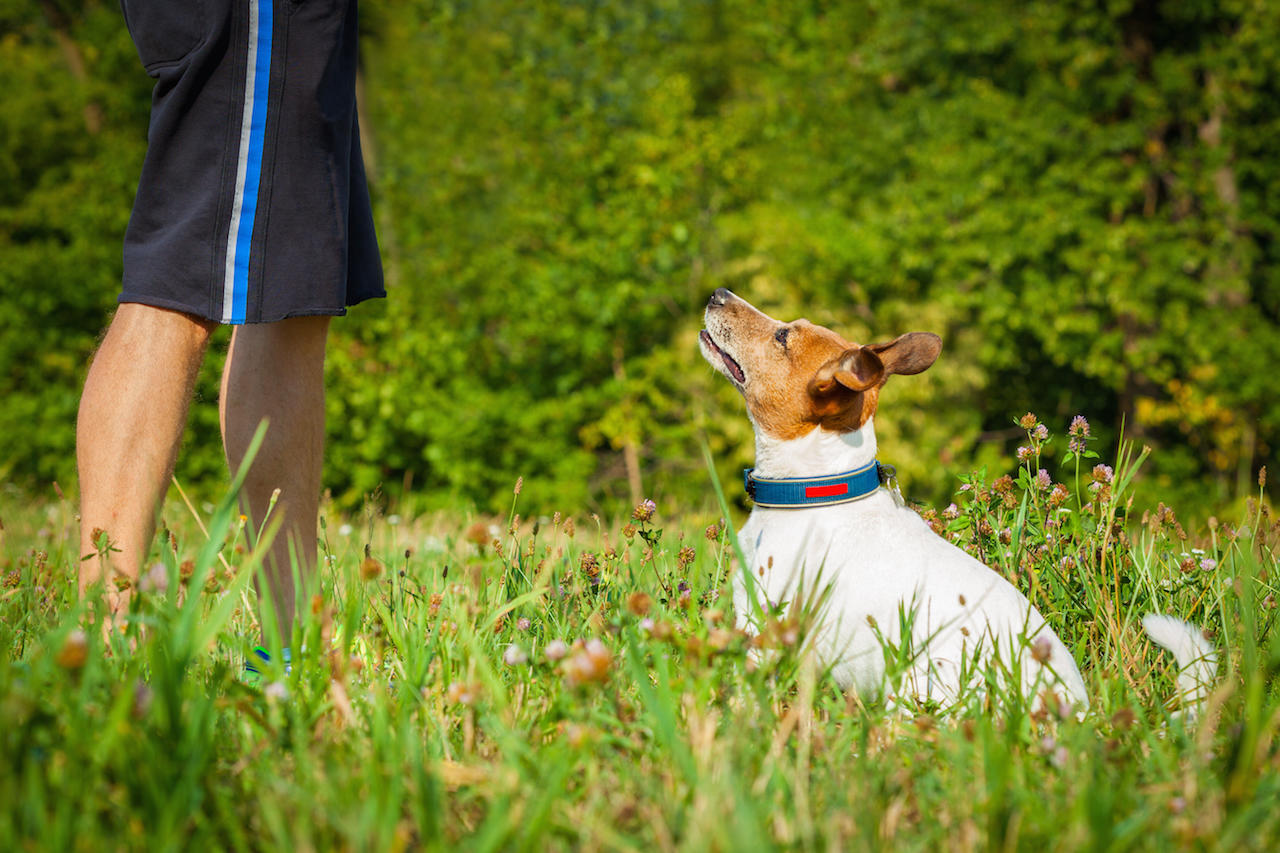 Full access to this very successful course addressing the human side of reactivity.

Have access for as long as you remain a member of the Canine Confidence Club. Course content is released each week for 18 weeks. This course alone is worth your monthly membership!

PREVIOUSLY SOLD FOR £165 - NOW ONLY AVAILABLE AS PART OF CCC

"Janet Finlay's courses are a constant and apparently inexhaustible source of sensible, and sensitive, information and advice. CCC is no exception! Rehabilitating my reactive dog, Bounce, has been a long, slow process, but when I look back over the period during which I have listened to, and learned from, Janet, the improvement is remarkable. She has given me the tools to control my own emotions and reactions as well as others to reduce Bounce's. And this is where she has scored over most of the other behaviourists I had turned to for help. They addressed my dog's problems; Janet saw us as a team and treated the problems that we both displayed. It had been tempting, when my gentle, well-behaved, young dog began to react against high-energy puppies and adolescents, to see the problem as 'him'. But that was only partly the case. Bounce's reactivity, stemming from fear, was feeding on my own fear and tension. I was part of the problem and he was becoming worse. Janet taught me how to relax and how to teach him to be less fearful. His reactivity has become less intense with less emotional content. Now, he 'throws a hissy fit' only when an exuberant dog rushes into his face and his recovery is almost instant. We're almost there!" 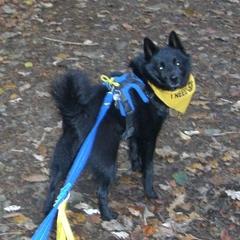 Diane Gregory
with Bounce and Sparrow

"Struggling, out of my depth and at my wits end 6 years ago with a very reactive young WSD called Sophie, a life raft was thrown to me when I was sign posted to Janet Finlay’s brilliant Your End of the Lead on line course, and the journey towards change for the better began. Janet’s holistic approach has helped beyond measure to enable Sophie and me to build greater understanding of the issues and a progressively positive way forward, armed with many strategies to manage situations and build our resilience in a solution-focused way. Janet’s Canine Confidence Club community is a vibrant, dynamic place to learn, develop and discuss, with a growing wealth of wonderfully presented and well thought out material, that challenges, inspires, reassures, supports and enables guardians and their dogs to be the best that they can be. My partnership with Sophie has untangled and progressed to places that would have seemed impossible 6 years ago, and we’re not finished yet!! Thank you so much Janet for your invaluable input - Sophie and I consider ourselves very fortunate indeed to be part of your wonderful learning community." 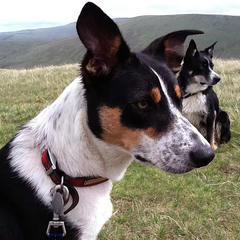 "3 years ago I came "by case" through the online Advent Calendar on Janet Finlay's shared knowledge; and because of the fantastic, very helpful motivational comments, to Canine Confidence Academy Club! I am thrilled by the knowledge, capacities, techniques, and video/pics quality to ensure also on-line brilliant courses and resources! On top of that , Janet has for sure instinctive and learned capacities to share her wide/precise experience and coaching with consistency and respect...to all living beings and dog-human teams! Thank you from us in Switzerland." 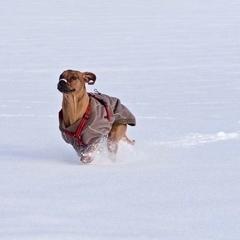 "When I first had a taste of Janet's Your End of the Lead in the form of a short course organised by our behaviourist I was blown away by the commonsense approach that acknowledged the importance of my responses to Pippin's issues without apportioning blame or making me feel guilty that I was an anxiety ridden dog guardian! Janet's approach with her background of human coaching has been a revelation, particularly her avoidance of the "one size fits all" approach to helping your dog. If certain suggestions in the information are not a good fit for you and your companion(s), she can always help you devise an alternative. If you don't want to be spoon fed and need help thinking outside the box, this is the resource for you with the opportunity to exchange views with like minded folk who understand the issues you may be facing. Thank you Janet." 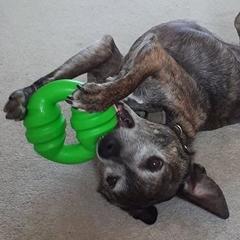 "I have returned to Janet's courses again and again having originally enrolled looking for help with one of my dogs reactivity toward other dogs. What I have learnt has benefited me with this and so much more. I love the holistic approach, it isn't simply teaching a dog the understanding that there are behaviour choices in challenging situations, it deals with the whole of your life with your dog. One of the major benefits was changing how I felt about my dog displaying reactive behaviour. Once I had changed my mindset and felt less anxious he began to be calmer and we could communicate with each other. Where before the idea of his being reactive overshadowed our entire walk and much of our time together now spending quality time with him is the focus. Thanks Janet from me and all my dogs!" 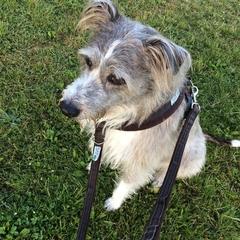 "The courses created by Janet have been invaluable. Since we joined they have taught me practical, fun and only positive techniques to help build my dog's and my confidence. They are available to dip in and out to go at a pace which suits us, which some times means spending a few weeks working from one lesson and other times follow multiply courses at once! Everything is interactive with a community of people who not only live with and love their (reactive) dogs but who are also following the same force free, caring and confidence building principles of helping their dogs cope in situations they find difficult, and which Janet is an active member of, including holding regular face to face video meetings to address any and every dog related question." 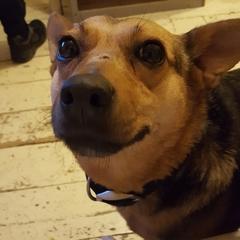 "Janet's courses helped me see the joy, pride and playfulness in having my dog, Roman. He reacts to other dogs because he finds it difficult to cope with them. It's not because he's a bad dog, or trying to be difficult. I was struggling with him and feeling frustrated and alone - why was I the only person whose dog behaved like this? CCC introduced me to other people like me and their dogs. We weren't alone, after all. This was a safe, encouraging place to share highs and lows, get support, laugh together, as well as getting great training advice. Roman and I now have a lovely, strong relationship that I don't think we could have had without CCC." 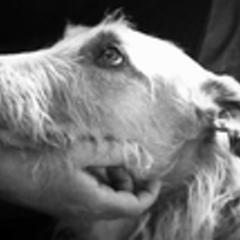 And who are you?

I'm Janet Finlay and I've Iived and worked with reactive and challenging dogs for more than 20 years. I know that frustration, the sense of guilt and failure, the feelings of hopelessness and isolation that you may be feeling right now.  I've felt the disappointment of not being able to do "normal" things with my dog.

But I don't feel like that any more. Over the years I have learned how to help the reactive dogs that have come my way - and to do it without getting stressed out. Now I see their reactive behaviour as just that - behaviour - a challenge to be met rather than a burden or a threat to my sanity - and I can help you do the same.

And my qualifications? I am a TTouch Instructor; I'm a member of the Association of Pet Dog Trainers UK (01046), which means that my training and instructing skills have been assessed both practically and theoretically; and I am a Level 7 transformational coach for humans, meaning I have the skills to work with you as well as your dog. 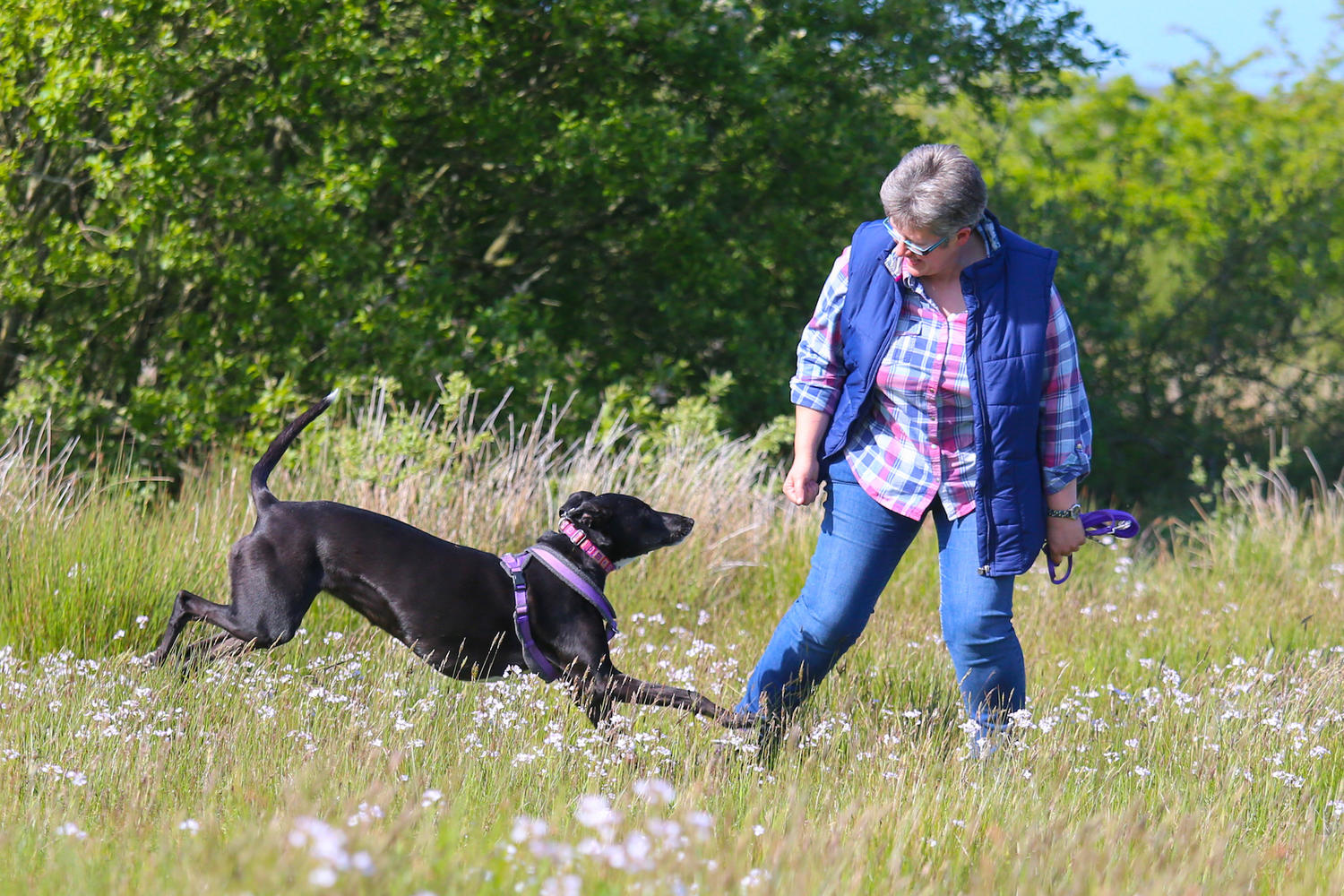 The "small print" - what you need to know about your Club membership.